Swiftie / Hufflepuff / Nerdfighter / Disnerd / Hamilfan / Horror & Film Fanatic  / Level 1 Human-Wizard / Whovian / Sherlockian / Random AF
​Hi!! My name is -Wait I can't tell you that- is Blondie -phew-, I have Created this Blog to talk about things I love. If you have stumbled upon this blog I do not expect you to love all the same things I love. I also hope that you open up your mind and check out other parts of my blog. Thanks!
​
​My Stepdad joined the state department when I was 8ish and we moved to Georgia (the country) when I was 9. We spent two years there and It was Fantastic!! I made so many new friends and we are still in contact to this day, we called ourselves "The Creepy Christmas Trees" because we all had a fascination for Christmas and Halloween!

After Georgia, Me, my mom, My Stepdad and sister went to DC. I hung out with my dad and Stepmom a lot and things were good. I moved to Fiji Next where I made many new friends. We lived in a port city so no it wasn't that post card your thinking about in your head. I loved it their and tbh if we were to stay there I would have been fine. Everyone their was just this one big group of friends, and even though I had some *cough* silly *cough* rivalries with some people, I would say everyone their is a close friend (including Jade, my best friend).

We left Fiji when I was 13 and I came back to South Carolina where I hung out with my childhood best friend, Alex. I also went to Texas where I hung out with my Dad and Stepmom for a month. I "worked" at tHE RANCH HARLEY-DAVIDSON where I made a few adult friends (co-workers) like Marcus. I came back to DC to see a lot of family (love all of y'all)  and then went back to Texas for a month. After Texas Me, my stepdad, mom, and sister (as well as my Nana and Bajoo) went to Saint Louis, Missouri and I went to my first concert.

Imagine Dragons Evolve Tour: Okay so I absolutely loved my first concert. I love the band, and listen to their music regularly. The special guest was okay but I loved when the power went out because they band started singing acoustic! It was a once in a lifetime chance.

A little about My Family. My mom was born in November, in Missouri. She's pretty darn cool. She has a degree in Marine Biology, Used to be a High school Chemistry Teacher, and head of the CLO. My Stepdad was born on Halloween, in North Carolina. He's pretty darn cool. He used to work in a cool IT department. He Joined the state department and is pretty high on the ranks. My Mom and My Stepdad have a blog, it's kind of cool but I can't link it over here because it shall revel my identity! My dad was born in July, in Texas. He's pretty darn cool. He fought in a few gulf wars (clap clap clap) and retired. He's been a doctor and the parts guy at The Ranch Harley Davidson's where my Stepmom works. My Stepmom was born in June, in Florida. She's pretty darn cool. She's been a Manager at a Blockbuster and a Harley Davidson's and now she's the coolest sales rep. at The Ranch. My Stepmom and Dad have 3 dogs and 3 cats. Nala, Zeuse and Precious are the puppers and Cleo Rocco and PACO TACO SAUCE are the kinterns. My sister was born in April, in South Carolina. She's pretty darn cool. But not too cool because she's my little sister. But cool enough to be related to be. I also have grandparents (Nana, Bajoo, Grandma, Grandpa, Crissy and Rocky), Great Grandparents (Mimi and Busha and Ma'ama and Pop {love and miss you}), Aunts (Alisa, Dana, Brandy, Mary, JT and Jojo's wifeys) and Uncles (James, Bob, Brad, Kenny, JT and Jojo). I have a crap ton of cousins and I love them all! And then there's Isa Lei. She's the dopest cat ever. The End. 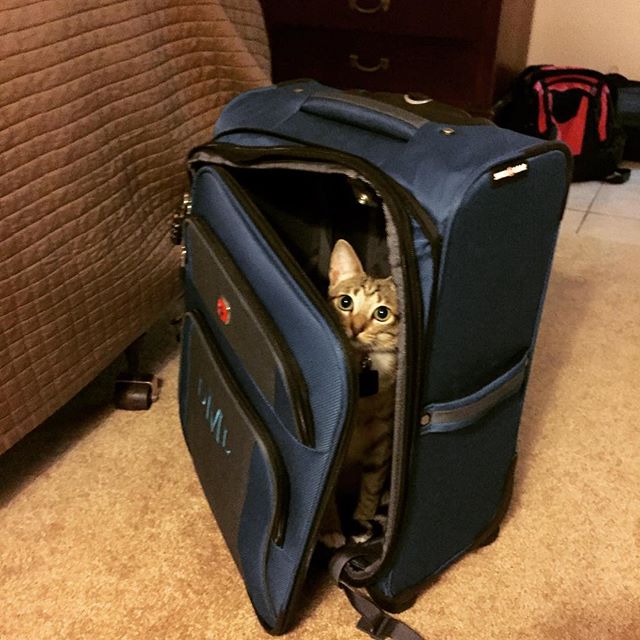 Since I travel a lot, It's nice to have a place (even if it's an online place) where I can always resign. Also I predict that one day we will be able to enter and live in the internet. I will mainly use this blog to talk about things that really interest me. If you couldn't tell by the pages, those interests are Taylor Swift, Hank and John Green aka The Vlogbrothers aka Pizza John and Hanklerfish, Disney (I love the entertainment side, but the business side intrigues me more), Harry Potter (I'm a Hufflepuff-Pudwudgie, my wand is Oak, 13.5 inches long, and my patronis is a snake), Horror (I love the slashers and torturers but I also love Stephen King, Alfred Hitchcock, H P Lovecraft and Edgar Allan Poe and the Universal Monsters, however I hate The Slenderman Movie), Hamilton (Love the musical and Lin but so far the page has just been a political breathing space and a Travel Blog), Wizards of the Coast (New to MtG, I've played DnD for a few months), BBC (I'm a Whovian and a Sherlockian, it's also a great news source), and I'm also incredibly random.

Subjects May be Copyrighted

Taylor Swift and all Likeness to 2018 Taylor Swift and Sony Records
Harry Potter/Wizarding World/JK Rowling/Stephen King/IT (2017) and all Likeness 2018 WB entertainment
Hank Green/John Green and all Likeness DFTBA records
Disney/Disney Animation/Walt Disney Productions/Jim Henson Productions/Pixar Animation Studios/ABC/ESPN/BLT/Lucasfilm ltd./Marvel Studios/Parks to 2018 Disney
20th Century Fox/21st Century Fox/Fox Searchlight Productions/Blue Sky Animation/FOX/FX/FXX/National Geographic/Bob's Burgers to 2018 Fox
Horror Movies I discuss are for the companies (Blumhouse Twisted Pictures and WB) who made them
Hamilton is a historical figure but all rights for the Musical to Lin Manuel Miranda
Doctor Who is owned By BBC
All Scientific Articles are owned by the source
Anything Else is owned by whoever owns it